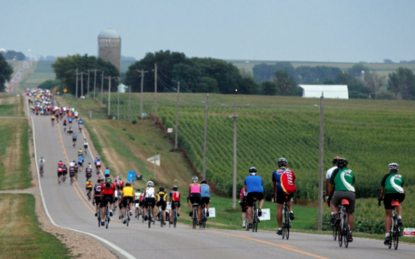 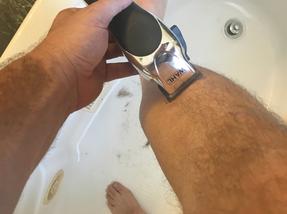 It feels strange once it’s done, naked and exposed.

I hadn’t planned to, although it wasn’t the first time. It has been at least four years. The decision to do it developed over many miles and a-half-dozen weeks. It wasn’t for ascetic or sexual reasons. However, there is something feminine about the look of shaved legs, even on a man. It brings a certain thrill and eroticism. Years ago and again this time, I rationalized it for practical reasons and that “everyone is doing it.”

Just why would a middle-aged man (hate that I now fall into that category!) go on and on about shaving his legs? I find it curious, and don’t want people to think I am weird. Okay, a little weird, but not bat-guano nuts AND I am not some kind of sexual deviant struggling with my sexuality. I like women. I am not afraid of or against men that like men. That’s okay, but that has nothing to do with shaving my legs.  I blame it on cycling and finally getting into form (as they say in the sport).

Professionals, elite, and committed cyclists regularly shave their legs.  You know that, “everyone.”  Usually these guys and gals (yes, of course there are committed and pro female cyclists who can kick my butt on a bike) take a month or two off in the winter as a break and to rest.  When they begin riding again it usually takes many rides, several hundred or a few thousand miles on the bike before they regain their fitness to a competitive level and as they say, “get into form.”  Somewhere in there they probably re-start or maybe they never really stop shaving.

For me coming into form begin as I got comfortable hanging in group training rides and became capable of occasionally going out front to leading the pack (or peloton as its called) and set the pace.  Out front breaking the wind (not “breaking wind” as that would be rude!) allows others to draft in the slipstream behind you.  Cycling is all about strength and energy and a rider in the draft close behind other riders expend 20-30% less energy than the rider(s) on the front of the peloton.

Hang with cyclists in a race or drafting on a training ride can be a lot of work.  It takes concentration to stay in the draft and save your legs, as they say.  You become attuned to every nuance, change in pace, shift in gears, or twitch of the riders in front.  The tension is in staying close but not touching or overlapping with the rear wheel in front of you to get the most out of the draft and still avoid potholes, cracks in the pavement, a crash, or flat tire as the turns, bumps, and occasional unanticipated move of the ride unfolds.  Adding to the danger on a group ride is crashing could put you under the wheels of the riders behind.  There is a great deal of and yet varied levels of trust in a peloton or group ride as people jockey for position and the strategy and pace of the ride and the racing (formal or informal) develops.  Even a seemingly simple training ride can take on multiple layers as you get to know the nuances of the other riders, their style, and foibles even on an “easy” Sunday ride of 40 or 50 miles. 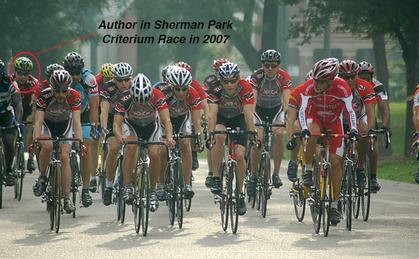 The pro riders have many arguments for shaving their legs.  No professional and far from it, I am recreational cyclist.  I don’t race bicycles, so I don’t have a racing license from the U.S. Cycling Federation, though I did briefly in 2007 for my one and only (30-minute) criterium race in which I crashed.  With less than three laps to go another rider wobbled, went down, and spun sideways on the pavement right in front of me.  I had nowhere to go.  Braking hard, I couldn’t stop or swerve before I ran right over his bike crank, rather than hit him, and punctured a front tire.  Flying over my handlebars to the pavement, I skidded across the pavement to a stop at the side of the road with my damaged bike.  I immediately jumped up, adrenaline pumping, pissed off, ready to kill, and had (like in the Tour de France) a mechanic run up and slapped a new front wheel on my bike I would have definitely roared off to get back in the race.  My frustration flared as someone yelled to rejoin the race, that with the crash a missed lap would not count against me.

Instead standing there with no support or mechanic in sight I assessed the damage.  A quarter mile from the starting line and a possible new front wheel, rents in my cycling bibs and jersey, a cracked helmet, and starting to bleed from my abrasions, I was done.  No broken bones and as the adrenaline wore off and my heart rate slowed, I collected my bike and limped (only slightly) back to the finish line.  Watching the pace of the last two laps rose from the 20-22 miles per hour I had experienced to the mid- and upper-20’s and probably 30+ miles an hour in the final sprint for the finish.  Watching the riders come down the final straightaway, with my friend Mark Watkins near the front, in the last second he pulls ahead to win the race by a wheel length.  It was amazing!  Mark and I had started doing triathlons a couple years earlier, he embraced cycling, joined a the triple-X team, and had just won his first Category 4-5 bike race!

A year later knee surgery took me away from more serious cycling, but later I got back into cycling, riding on and off, when I wasn’t racing sailboats (that’s a whole other story).   Four years ago I rode in my first RAGBRAI.  Oh, and don’t tell me, “well, at least Iowa is flat.”  It is NOT flat.  Chicago is flat with little more than overpass hills.  Iowa has lots of rolling and just plain big hills.  And, yes, there are folks in Colorado and California that ride and race up and down mountain passes, but that is a whole different kind of fitness I have no interest in, especially with the altitude.  Yet, riding RAGBRAI is an accomplishment of seven-days in the saddle, approximately 450 miles from west to east across the state with over 10,000 other cyclists.  It is a cycling-crazed, moving carnival.

Training for RAGBRAI began eight-and-a-half weeks ago after friends invited me to join the Stuffed Pickles Team.  A wholly made up team name (referencing a curious Amish epicurean experience) it is 10-12 riders organized by the Lee’s who rented a 12-person van and trailer to shuttle us, our bikes, and gear from Chicago to Iowa across The Hawkeye State and back again.  All loosely connected through cycling, each member of the Stuffed Pickles have bicycled RAGBRAI before and half the team rode RAGBRAI with a team called C.U.B.S. four years earlier.

The decision to shave my legs (I swear that is what this article is about) evolved over the last seven weeks as my riding form and cycling legs returned.  About 600 or so training miles later and the idea to shave was regularly spinning through my subconscious.  I already knew the cycling culture and leg shaving tradition.  Riding the common bike routes most anywhere you pass and get passed by other cyclists.  This usually initiates an internal dialog evaluating the competition, a sizing up of the age, gender, level of seriousness, and whether they appear stronger, weaker, or similarly fit.  The gear, pedal cadence, and bike are good indicators, and shaved legs are a badge of the serious committed cyclist, and likely bike racer.

Starting to feel my oats on recent rides and still unshaven it felt like many other riders did not take me seriously.  It’s a funny thing.  Nothing was said and I can’t think of a specific incident to indicate this, but the pros and racing cyclists typically list off several reasons for shaving.  In a crash, which invariably happens if you race for very long, the scrapes and road rash is easier to bandage and attend to, which in turn speeds the healing process.  Yet, the main reason for shaved legs is the post-race massages, which are integral to recovery.  Shaved legs are also cooler (temperature-wise) and a hair more aerodynamic, which are two additional small advantages.

Actually shaving seemed rational as I came into form and started doing more group rides.  I finally had the legs to keeping up with steady speeds of 18, 19, 20, even 21 miles an hour, and could hold the draft when speeds jumped up to 26, 27, 28 miles an hour.  Granted I was yet to stay there long, but I could hang for a while.  At those speeds the group usually starts to fracture, gaps between riders appear, and legs whine as an internal test of resolve to hang on the back wheel of the last rider and not get dropped begins.  It’s a fight between pain, fear, and pride of potentially suffering the remaining miles riding solo without the group or suffering now at higher speeds safely tucked in the draft.  I wanted the respect and to be taken seriously as a cyclist.

No doubt, I’m not ready to race bikes and will continue to get dropped, but can hang close enough that there are other riders like me and maybe a traffic light to slow the pace to allow getting back in the mix.  I’ve even had the legs to contribute and take a pull on the front and not blown up so I couldn’t stay with the pace after (gratefully) another rider takes over on the front and I tucked back into the draft.

So blame it on RAGBRAI.  It’s definitely been harder getting into this kind of shape than four years ago.  Yet, the joy of spinning along, rolling through the countryside in a pack of cyclists is intoxicating, enhanced by my imagined secret of being decades or twice the age of most of the riders I am hanging with, as I enjoy the endorphins.

Shaving is an intimate act and rather self-indulgent spending 20-30 minutes shaving one’s legs to really start the cycling season.  It takes a few days to get used to and opens you up to comments, but you can explain your now smooth, tan legs can easily take you 30, 40, 50 miles or more, or in my case across the state of Iowa.  It’s nice to feel fit and a little smug.  Thankfully, I get a choice and don’t have societal pressures women do to regularly shave.  It is a lot of work and there’s not much pressure for a perfect shave—after all I’m just a guy!  What do I know about shaving?

This entry was posted on Friday, July 22nd, 2016 at 2:48 pm and is filed under Uncategorized. You can follow any responses to this entry through the RSS 2.0 feed. You can skip to the end and leave a response. Pinging is currently not allowed.