Questioning the origins of everyday things saved my a**!

Christmas had rolled around again and as usual I was scrambling and out of time.  Thankfully I remembered the dozen or so scarves I had bought while traveling last January, but unsure my niece (age 13) and two nephews (ages 11 & 13) would really appreciate “a stupid scarf.”  My attempted solution (and in the spirit of home made gifts, which were not out of the ordinary when I was growing up) I created the following to go with each gift . . .

You have in your hands a unique gift.  It’s simple purpose is to keep you and your neck warm in the winter.  These scarves have a complex and unique history traveling almost half way around the world to you.  They are made of a very special, highly-valued wool called Pashmina. 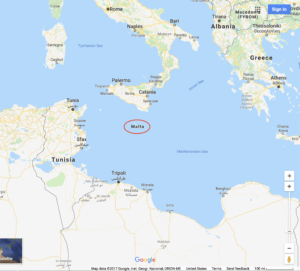 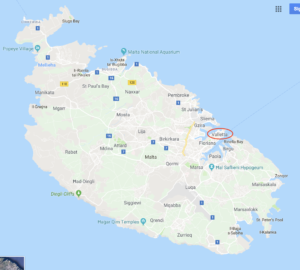 Your favorite Uncle, Pat, purchased these scarves on Triq Ir-Repubblika Street in the town of Valletta on the island of Malta last January, and brought them to Chicago.  Malta is an ancient group of small islands in the Mediterranean Sea, long a center for trade and shipping between Europe, Africa, and the Middle East.  And, Valletta is a UNESCO world heritage site for its cultural and historical significance.

This scarf is 100% Pashmina (translation: “Soft Gold”) referring to the high-quality, valuable, and soft feel of the fine Kashmiri fibers the scarves (and other clothing) are woven from.  This textile or fabric is also known as Cashmere. 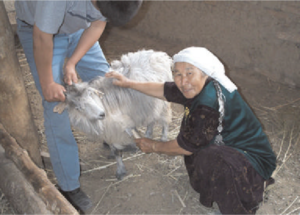 Cashmere comes from goats.  Chagthangi goats, often called Pashmina goats, which live above 13,500 feet on the Changthang plateau in the Kashmir region of India, and shed their winter coat every spring.  Each goat sheds 3-6 ounces of wool per year.  It is collected by hand combing out the under fleece from the goat’s coat (not shearing the animal like lamb’s wool).  If you weigh your scarf you can you figure out the minimum number of goats that contributed to it. 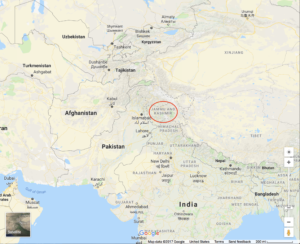 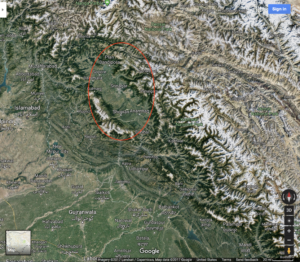 The people of the Kashmir Valley raise and herd the Pashmina goats in India to produce this wool.  The wool fibers are spun into yarn, woven, and finished by hand.  The fine under fleece of Pashmina goats helps them survive snowy, windy, Himalayan winters where temperatures go as low as -40° below zero.

Most of the scarves I brought back are labeled “made in China” from the J.S. Ondo, a Madrid company.  So the Pashmina around your neck likely came from Kashmir, India, as wool or thread was sent to the Zhejiang province of China (most Pashmina weaving in China occurs there), woven into a scarf, and sent to Spain and distributed to places like  Malta, purchased by your Uncle and hand carried to you.  Can you imagine such a trip to bringing this beautiful scarf to you? 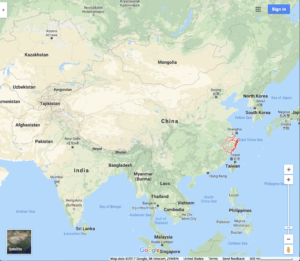 PS: I won’t even get into the trade and currency exchanges from harvesting the wool and everything in between to bring a finished scarf to you.  I am sure you will appreciate the scarf and take extra care not to lose it.

On Christmas eve it was fun listening to Sofia read about the gift after she opened it — which by the way was augmented with a sketch pad and smart speaker.  Post-Christmas my sister in Ohio shared a couple pictures on Facebook of the boys wearing their scarves — very cool.  They also both got a drones to play around with.  Alex in particular liked that his scarf matched a favorite hat and was seen wearing it to a band concert.  Owen weighed his scarf to figure out it was composed of about two goat’s worth of wool.  My Mom appreciated the story and her scarf so much an hour later she announced she had commandeered the scarf I gave Dad.  Presenting a story makes a simple gift more meaningful!

This entry was posted on Monday, January 22nd, 2018 at 6:02 pm and is filed under Uncategorized. You can follow any responses to this entry through the RSS 2.0 feed. Both comments and pings are currently closed.