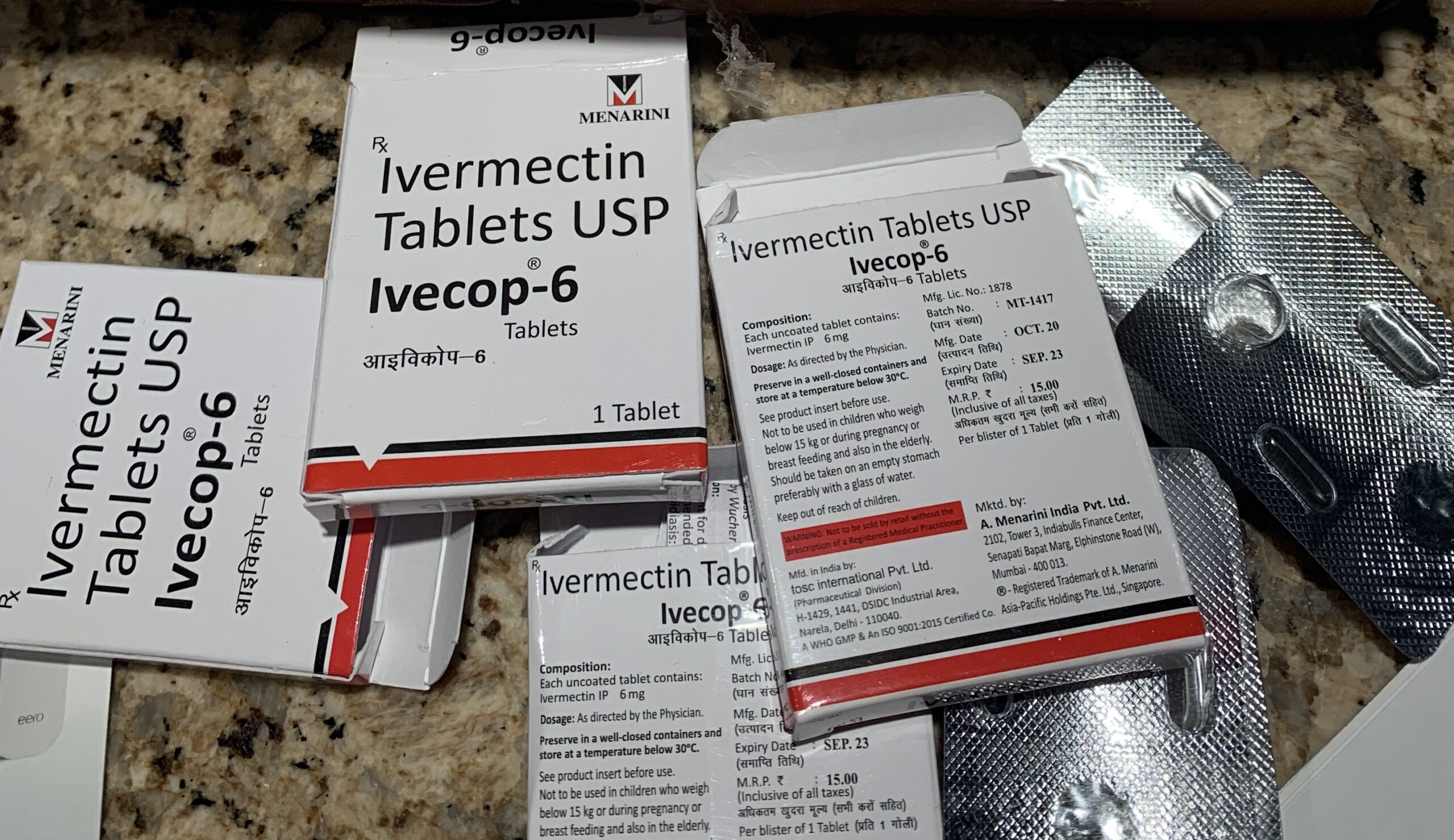 The “Penicillin” of Covid is Cheap – Is That The Problem?

Fast approaching a year of dealing with Covid I am finally starting to feel better thanks to a friend of a friend and a Nobel prize winning substance, known in medical shorthand as IVM.  My journey is not over, but IVM has offered a major path to recovery which has been thwarted from the start.  This is my story…

Mid-morning on March 23, 2020, I was knocked down with fatigue, slept for 2-1/2 hours and awoke to a growing malaise and brain fog.  For two weeks I was living a basic exis 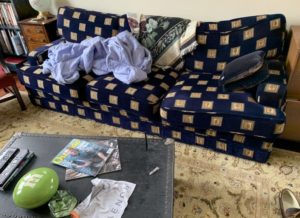 tence — eat, nap, rest, sleep and was unable to work, overly sensitive to dehydration and physical activity.  Two weeks of recovery followed and I usually could get in a half-day of work before brain fog shut me down.  After this month feeling mostly recovered I got back to work and back to cycling to ride 520 miles in the following 4-weeks.  In retrospect I had not fully recovered.  My ability to recover was still compromised, yet the only indicator was a feeling my full-lung capacity was not what it was while riding, but I expected this would go away in time.  What I didn’t know was all bets were off and my old markers for exertion, rest, recovery, and fitness were soon thrown out the window for new more fragile reality.

With no warning on May 16, after waking from a good night’s sleep and eating breakfast I crashed on my brother’s couch in a fog, suddenly fatigued and unable to do much more that day than doze or go to the bathroom.  In hindsight my push to log more miles and consecutive bike rides two days prior was too much.  Though I didn’t really feel as bad after resting all day, this ushered in 9-months of fluctuating fatigue, malaise, and the pronounced inability to recover full health.

Week to week I oscillated feeling okay for a few days or hours then low energy, low oxygen saturation readings, and a nagging exhaustion and lack of ambition would hit with little or no warning.  The

need to rest seemed to have no end.  In late June and July I was able to rally and organize programming for the Chicago Maritime Arts Center and work with the kids and instructors (outside, with masks) to help teach boating skills, ecology, and tool skills.  But by the end of July I was spent and the instructors managed mostly without me as I was back to the sleep, eat, a half-day of work, nap, rest, sleep, rinse and repeat cycle for August through December.

Finally taking some action I went to Florida for the month of January hoping some warm weather might cook Covid out of my system.  It did raise my spirits, but only mildly relieved my symptoms as I struggling for weeks to write, and I finally posted a third blog post about my Long-Covid experience in mid-January.  This led to a great outpouring of support for which I was very grateful and several well-meaning health care suggestions — the best from a friend of a friend recommended Ivermectin. 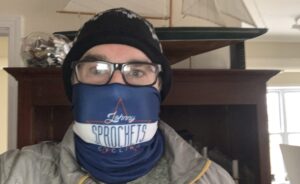 Author suited up during the 2020 Pandemic

from Long-Covid and was very safe to try.  In a video talk Dr. Kory from the FLCCC Alliance said, “Ivermectin is the “penicillin” of Covid.”  However, it was also clear few doctors in the U.S. were willing to prescribe Ivermectin for Covid and it would be next to impossible and take a lot of time and hassle to get a prescription.  I was out of patience after nearly a year in poor health and frustrated by my inability to recover.  So, after a few more days I decided to buy Ivermectin through an online pharmacy, damn the prescription, and undertake the “Therapeutic Test” (see image below) as suggested by the friend of a friend.

Three weeks later 30-tablets of 6mg Ivermectin arrived from Germany in a small package.  Following the protocol above I recorded the severity of my symptoms and by the end the “Test” the tightness in my chest had dropped from 40% to 15%, my energy level went from 70% to 85% of normal, and ability to concentrate went from 60% to 85% of normal.  Best of all I felt significantly better.  Ivermectin, aspirin and baking soda had made a huge difference.  Yet, I still had lingering symptoms and was unsure what to do with the remaining doses of Ivermectin (IVM). 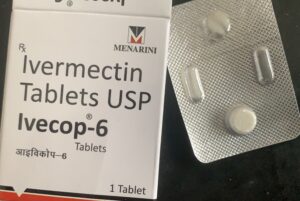 Messaging the friend of a friend I asked.  She made it clear she was, “not a doctor,” but would try texting a doctor in her network who had experience prescribing IVM and the “Therapeutic Test.”  The next day she relayed the doctor’s reply.  “If there has been improvement continue with the IVM treatment until total improvement of the symptoms.  The IVM dose can be increased by 50%, the idea is to eliminate all the viral load, because later it can reactivate.”  Having had no adverse side effects and feeling greatly improved I upped my dose from three pills to four for the following 4 days.  My last six pills were spread over the following 3-days.  By then the tightness in my upper chest was down to 5-10% and often I did not notice any discomfort all.  My energy level was 90% of normal, and my ability to concentrate 90% of normal.  The brain fog and fatigue was essentially gone and IVM was so cheap, I wished I had ordered a larger quantity, however I had no idea double the amount for the “Therapeutic Test” would be insufficient.

The next two days without IVM were crummy and felt like I was going backward, but it was reassuring I only felt tired mid-day rather than burdened with fatigue.  Consistently over the next three weeks, waiting for more IVM, I was feeling better and better.  My energy was more robust, I was less grumpy or frustrated, and could think more clearly than ever over the last 9 months.  There was a euphoria as my resilience and positive disposition returned.  Though still taking naps most days it felt more like healing rather simply recovering.  My ambition returned along with an inkling and desire to make plans.  I was willing to watch a funny movie whereas previously I shunned any comedy without the energy or desire to laugh nor entertain anything besides gallows humor.  Now completing 10,000 steps or more 4-5 days a week I was even willing to make myself dinner instead of having cereal, a sandwich or leftovers. 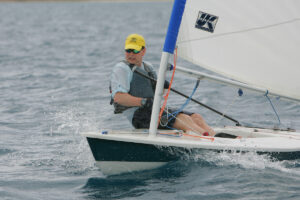 The author sailing Lasers in the BVIs in 2010

Though I am not a doctor, throughout this illness I continually listened to my body (a skill refined over decades as a recreational athlete) as much as possible to decide what was best for my health.  I also kept researching Ivermectin, Covid-19, and other health questions as they occured.  I tapped into online support groups monitoring the chat to glean new or helpful information.

As a writer and working with a nonprofit I had the added advantage of a flexible schedule to allow rest and recovery and not have to push myself too hard.  I followed the dietary recommendations of the “Therapeutic Test” almost to the letter and found deviations (ingesting wheat, chocolate, caffeine or a wee dram of alcohol) seemed to increase the tightness in my chest and impede my recovery.  In another experiment, I took half a dose of IVM in the morning and the other half in the evening.  That hit home a common side effect of drowsiness with IVM and I lost all productivity that day.  From there on I only took IVM after dinner.  Later an authority on Ivermectin with the Front-Line Covid-19 Critical Care (FLCCC) Alliance recommended taking IVM with the main meal of the day so it combined with the ingested fats and increase IVM’s efficacy.

Finally on May 4, my second shipment of IVM arrived.  I had ordered double the quantity and two days later, to be safe placed a third order.  It was cheap and I had suffered for so long it was reassuring knowing more IVM wa

s on the way.  Who knows I may need it in the coming months or years.  In reality SARS-CoV-2, known as Covid-19, like the H1N1, known as Influenza, (which caused the 1918-1919 pandemic) is still with us today.  Covid-19 is just as likely to hang around 100-years from now too.  So extra Ivermectin may come in handy in the future for prevention as detailed by the FLCCC Alliance’s I-MASK+ Prophylaxis protocol (please check this out).

As I write this on Day-7 of my second round of Ivermectin my activity level and ability to recover is stronger than it has been for 9-months.  I feel almost normal and very little tightness in my upper chest.  Of course I AM feeling fluffy (fat) for not workout so long, stuck at home with food as the only real reward of the day.  Its hard not to overeat and I have alternately succeeded and failed.  I may have avoided the dreaded Covid 19, but not by much at 10-12 lbs over my normal weight.  But if I consider the loss in muscle mass and therefore I am carrying more fat… drat, maybe it is 19!?!

Cautiously testing my limits, the last few days I have worked longer and been more productive, my mood has lightened, and I am generally feeling more hopeful.  Previously mild exercise held a penalty in the following days or week, but this week doing more has not caused similar dramatic setbacks.  So I am thankful to seemingly be on the path to full health.

This entry was posted on Tuesday, March 9th, 2021 at 1:15 pm and is filed under Chicago, Coronavirus, COVID-19, cycling, fitness, Germany, Illinois, IVM, Long-Covid, Patrick McBriarty. You can follow any responses to this entry through the RSS 2.0 feed. You can leave a response, or trackback from your own site.

One Response to “The “Penicillin” of Covid is Cheap – Is That The Problem?”